Fear of Flying, Erica Jong’s first and most famous novel published in 1973, blew conventional thinking about women, marriage and sexuality out of the water, selling over 37 million copies and being translated into over 45 languages including Chinese and Arabic. Her novel articulated what women thought but which, through decades of silent complicity with the status quo, was never voiced. In Isadora Wing, her fictional doppelganger, Erica created every woman – not as she existed in public life in the 70s, but inside a woman’s own mind. Sex and sexuality, while being at the core of most of Jong’s writing, is almost incidental to what makes her one of the world’s most iconic writers. It’s not the sex itself but the fact that she quietly flouted the unspoken norms of the day to talk about it unblinkingly – neither voyeur, nor prude – that made her a pillar of the sexual revolution and a hero to millions, as well as gaining her the admiration of writers like John Updike, Henry Miller, Anthony Burgess and Jennifer Weiner.

In the four decades since FEAR OF FLYING, she’s published over 25 books in 45 languages, including 9 works of fiction as well as celebrated non-fiction volumes such as WHAT DO WOMEN WANT?, SEDUCING THE DEMON: WRITING FOR MY LIFE, an anthology on – well, sex – called SUGAR IN MY BOWL: REAL WOMEN WRITE ABOUT REAL SEX that she edited, and in 2012, a Kindle Single, A LETTER TO THE PRESIDENT, which bravely takes on the issues facing American women today. Comfortable and eloquent in various genres, she has switched between fiction, non-fiction and poetry almost effortlessly, becoming one of the most evocative poets of her generation with 7 published volumes, and winning Poetry magazine’s Bess Hokin Prize.

Erica has won many awards for poetry and fiction all over the world. These awards include: The Fernanda Pivano award in Italy, The Sigmund Freud Award in Italy, the Deauville Award in France and The United Nations Award for excellence in literature.

The true star of Erica’s writing is courage. She's spoken openly of her demons with writing and her chronic self-doubt. She’s dared to examine under a public microscope her most intimate relationships – with her fiery mother who raged with anger at having to sacrifice a painting career to look after family; with her four husbands who included a writer, a psychiatrist and her current husband of 29 years, a divorce lawyer; and with her beloved daughter, writer and satirist Molly Jong-Fast who is also shared with her three wonderful grandchildren.

Erica’s latest novel, FEAR OF DYING, brought together a career of writing, reflecting, asking questions, trying to solve the puzzle of her own life, and in turn helped shed light on the lives of so many others. Questioning herself with deep honesty, Erica Jong continues to open the sealed doors of our lives. Erica has just completed a new book of poetry, THE WORLD BEGINS WITH YES due to be published in 2019. She is currently working on an autobiography. She is adapting one of her favorite novels, FANNY HACKABOUT JONES for an unlimited television series with director Julie Taymor. Suddenly, there is great interest in her entire backlist because the world is catching up with her thinking about women. She is invited to speak on womens rights all over the world. 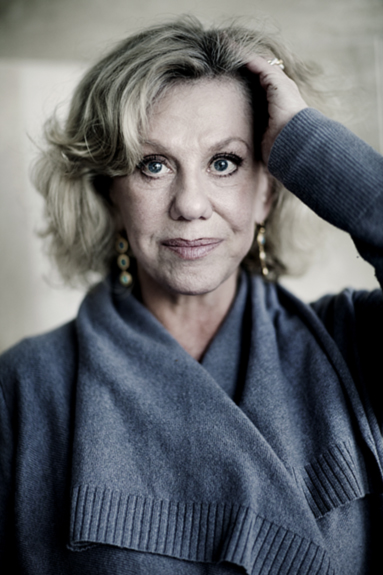