Readers have always responded to the humor, clarity , and psychological insights of Erica Jong's poetry. With Half-Lives, her voice has deepened and matured, with moving poems about love, women in the arts, women at work in offices — all reflecting on women's relations to power and sexuality. Often satirical, often sensual, they capture the essence of what it means to be a woman in a very chaotic and contradictory age.

"These are poems of a most joyful agility; they deal with sex, its stances and treacheries, and with the preparation for life, the preparation for death. There is extreme laughter and sorrow here: I am teaching myself love, says Erica Jong. Sex, skin, sex, eggplant--read them."
—Muriel Rukeyser

"Erica Jong is a poet who owes nothing to anyone. Colloquial and seemingly casual, her poems run the widest possible gamut. Compounded of surprises, they are sly but penetrating, witty but passionate, bawdy and beautiful. It is a poetry to fall in love with."
—Louis Untermeyer 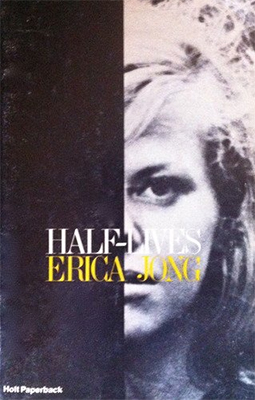